Read everything about dysphagia.

What is Difficulty Swallowing Anxiety?

As a result of anxiety or a panic attack, the throat may feel constricted or a lump develops. This can make it tough to swallow for a short period of time. Tightness in the throat or a feeling that something is caught in the throat may be a sign of stress or anxiety. This feeling is known as the Globus sensation.

Other possible causes include GERD, infection, or swallowing a medicine that becomes lodged in one’s esophagus. It can also be triggered by an allergic reaction to food or other pollutants in the environment.

The impression that food or liquid is lodged in the throat or any point before the food reaches the stomach is known as swallowing difficulty. Dysphagia is another name for this condition.

In order to gulp down food, there are a number of stages.

The muscles of the mouth, throat, and esophagus are controlled by a complex network of nerves. Swallowing is largely unconscious for the majority of the time.

Swallowing is a difficult process. The mouth, throat, and esophagus muscles are coordinated by a complex network of nerves.

This delicate equilibrium between the muscles of the mouth and the throat might be upset by a brain or nerve dysfunction.

Multiple sclerosis, Parkinson’s disease, and stroke can all cause brain damage. Nerve damage can be caused by spinal cord injuries, amyotrophic lateral sclerosis (ALS or Lou Gehrig syndrome), and myasthenia gravis, among other things.

Some people experience tightness or a sensation of something becoming caught in their throats as a result of stress or anxiety. This feeling is known as globus sensation, and it has nothing to do with food intake. Nevertheless, it is possible that there is some underlying cause.

A heavy or pressing sensation in the neck, upper or lower chest, or a sensation of food caught in the throat may accompany the chest pain.

Other signs and symptoms may be:

The presence of a physical obstruction, such as a stricture or a tumor, may indicate difficulty ingesting just solids.

Liquids, but not solids, are difficult to swallow (may indicate nerve damage or spasm of the esophagus).

When it comes to eating and drinking, you may have difficulty swallowing at all times, or only with certain meals or liquids. Discomfort eating can be an early indicator of swallowing problems:

In order to treat a patient’s swallowing difficulties, one must first determine the root cause of the problem. Speech pathologists, neurologists, dietitians, gastroenterologists, and surgeons can all help with most issues.

Proton-pump inhibitors (PPI), for example, are commonly prescribed for the treatment of acid reflux and GERD. Anti-anxiety drugs can be used to address anxiety-induced swallowing problems.

Botulinum toxin (Botox) injections can be used to relax the muscles of the sphincter in patients with achalasia. Calcium channel blockers and nitrates, for example, may also aid in LES relaxation.

Esophageal dilatation is a surgical treatment that can expand a narrowed section of the esophagus. Esophageal dilation is accomplished by inflating a tiny balloon within the tube. Finally, the balloon is deflated and removed from the body.

Removal of a tumor or scar tissue can also be done surgically to open up or reduce the size of the esophagus.

Modifications in way of life

If you have difficulty swallowing because of a neurological ailment, such as Parkinson’s disease, you may need to learn new strategies for chewing and swallowing food. It is possible for a speech-language pathologist to propose dietary changes, swallowing exercises, and postural adjustments to follow while you are eating.

A feeding tube may be necessary if your symptoms are severe and you are unable to consume enough food or fluids on your own. The stomach wall is punctured and a PEG tube is introduced straight into the stomach.

How do you relax your throat from anxiety?

Although having a lump in your throat as a result of anxiety isn’t harmful, it might make you feel terrified. Because of the worry, some people may even feel like they’re choking, or that they’re at risk for choking.

Why do I feel like I’m struggling to swallow?

GERD, an infection, or a pill lodged in the esophagus are all possible causes of difficulty swallowing anxiety. An allergic reaction to food or substances in the environment might also trigger it.

Can anxiety cause swallowing difficulties?

In some cases, it is difficult to eat or drink because of illness or disease. The inability to properly swallow, especially during an episode, is a common sign of anxiety. It’s not uncommon to experience a lump or tightness in the throat as a result of panic episodes. As a result, swallowing may be difficult for a short time.

How to know if difficulty swallowing is GERD or anxiety?

GERD (gastroesophageal reflux disease) is one condition that can cause difficulty swallowing.  Anxiety disorders do not cause anxiety in and of itself, but those who already suffer from anxiety may find that these diseases exacerbate their symptoms.

Is tight throat a symptom of difficulty swallowing anxiety?

Adrenaline and cortisol are released by your body when you are nervous. Your heart rate and blood pressure will rise as a result of these hormones, but they can also lead you to inhale rapidly and shallowly via your mouth. When you’re stressed, you can also tighten your muscles. A sore or tight throat may result in difficulty swallowing and result in difficulty swallowing anxiety.

Can difficulty swallowing go away?

However, a complete cure is not always achievable when it comes to dysphagia. Speech and language therapy can be used to teach dysphagia sufferers new swallowing skills. reducing the risk of aspiration by altering the consistency of food and drinks.

How do I stop difficulty swallowing anxiety?

Try swallowing some water as well. Other meals and liquids can be more difficult to swallow than water. You’ll be able to remind yourself that your swallowing reflex works as long as you’re able to drink water, so don’t worry about it too much.

Distractions can also be beneficial. When you’re experiencing a lot of anxiety, it’s important to put less emphasis on the feelings you’re having. Even if you can’t stop a panic attack from starting right away, you can try to divert your attention away from the swallowing response by doing anything else. Try this in order to stop difficulty swallowing anxiety:

Your anxiety or panic symptoms may improve if you use one of these methods. Anxiety reduces the likelihood that you will experience difficulty swallowing.

Anxiety-induced difficulty swallowing is difficult to treat on its own, thus a more comprehensive approach is needed. If you want to avoid problems with swallowing, you’ll need to discover a strategy to reduce your anxiety levels on a regular basis. What are some long-term strategies for managing your anxiety?

First and foremost, see your doctor. Even though difficulty swallowing is frequently a sign of worry, it’s important to rule out any underlying conditions like acid reflux or esophagitis that could be causing the problem. In order to control your anxiety, it is necessary to know if you have or do not have any of these diseases.

To reduce your general anxiety, you’ll need to follow an effective anxiety reduction program depending on your specific anxiety symptoms. It’s a good idea to look into local counseling choices, particularly CBT-trained therapists. Many successful self-help approaches and medications are also available (see your doctor or psychiatrist for further information). Take advantage of this moment to begin dealing with your anxiety.

Phagophobia is one of the rare phobias that can cause the feared condition to manifest itself (phobophobia is another).  “A lump in the throat” can be caused by anxiety and stress in the throat, which can cause the muscles to tighten. It is possible for those who are afraid of swallowing to become physically incapable of doing so because of their anxiety. There may be no way to stop this vicious cycle of terror spiraling out of control.

Medical diseases like dysphagia and odynophagia, which cause difficulty or pain in swallowing, are sometimes mistaken for both phobias.

There are a variety of symptoms associated with phagophobia, the most prominent of which is an acute apprehension or unwillingness to eat, drink, or take medicines.

The risk of dehydration, considerable weight loss, and malnutrition is high in those with phobias like phobic apprehension, which can go untreated for days on end.

Phagophobia can also cause the following symptoms:

As a general rule, anxiety does not make it more difficult to swallow, but it does lead to an increased awareness of the muscles in the throat that may be causing problems. In order to deal with difficulty swallowing anxiety, we need to know why they arise in the first place. While there are a few techniques that can help with swallowing, a person’s anxiety should be addressed first and foremost.

The Adaptable Health Benefits of Ayurveda | 2022

Read More
PPhysical Health
Coconut Oils Essentials In this article, Daily human care will discuss the essentials of coconut oils, but, before…

Read More
PPhysical Health
Daily Human Care is all about health. We care about your health because Your Health Comes First. In…

Read More
PPhysical Health
A full body massage can benefit your body in several ways. It can promote increased range of motion,… 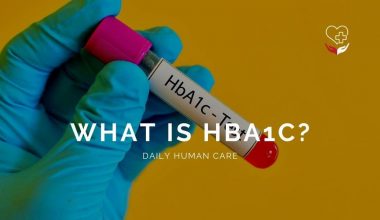 Read More
PPhysical Health
What is HbA1c Test? Most people in the world are suffering from high blood sugar and a disorder…